Contradictions everywhere: the offhanded magnificence in democracy's real marble temples that have the poignance of the fake marble Parthenons at old-time world's fairs. How glorious. How wistful. Neighborhoods of brownstones and bungalows are full of ordinary Washingtonians who've acquired the comfy fatalism of knowing that almost all who come here to be Somebody will end up like those walls of photographs at the Occidental Restaurant -- which is to say they will become Nobody with tidy hair and a frank, hopeful and earnest stare that no one recognizes.

The Occidental is the Valhalla of former student council presidents. Meanwhile, there are other true Washingtonians who live their lives with a Buddhistic acceptance rarely found elsewhere. For them, the frenzy of power and the dreams of judgeships or TV talk shows mean nothing, and they can see through the veils of ambition to Washington as the sensual city that outsiders say it isn't.

They savor its heat and its terrible sunsets mounted for hours over Rosslyn; its mornings of old men coming out to sit on old chairs on old sidewalks in old neighborhoods; the Jusserand bench in Rock Creek Park and other monuments to the forgotten who was the statued Logan of Logan Circle? In this city of so much imitation glory and grandeur, an authenticity resides in the black community, from its ancient aristocracy to its newcomers. With their old-family sophistication or rural energy, African Americans come closer than most to believing that they belong here.

They seem to have a particular knack for being public people in this public city. Once there was also an authenticity of seediness about Washington -- the gritty carpets of the Willard Hotel before its renovation; the frayed comforts of the Fairfax Hotel before it became the Ritz-Carlton and then something else and something else again. Biker bars nestled up to the town houses of Georgetown grandees. Drugstores here may have been among the last in America to close their lunch counters. At Schwartz's at Connecticut and R, Charlie the counterman always knew the score if the Senators were playing.

White House guards looked like they needed to tuck their shirts in. Families slept in parks on hot nights. Pennsylvania Avenue was a promenade of cafeterias, fireworks stores and souvenir stands. And there were smells, the most authentic experiences of all. What has happened to them? In Takoma Park, an activist complained about the smell of baking bread exuding from the bakery. The smell of baking bread!


And the vegetable smell of heat-wave Washington, the coolness breathing out of metal cellar doors in old sidewalks, the exhaust from Chinese restaurants; the mown grass of spring down on the Mall why doesn't it smell as good in summer? Elizabeths mental hospital; the churches with their incense of colognes, powders, perfumes -- a scent that seems to arise from the floral magnificence of hats that church ladies for decades bought from a milliner named Vanilla Beane out by Coolidge High School; the earth smell of collard greens at an African Methodist Episcopal church lunch; the long-lost beer-funk and peanut-breath of the stands at Griffith Stadium, the vast mildew chill of empty Union Station back when there were pools of rainwater on the floor and birds flying under the vaulted ceiling; the perfume counter at Garfinckel's -- lamps with pleated shades, the Chanel No.

Resurrection City had housed civil rights demonstrators in plywood and canvas, and finally the government tore it down, starting a riot. I remember walking up 14th Street, downtown. On one side of me a skinny black kid was extracting a pair of shoes from a small hole he'd broken in the store window.

On the other, white commuters studied their Evening Stars while they prayed for the bus that would carry them away from the terror, the anarchy, the Black Power vengeance of one skinny kid. I seem to recall smelling fear, which there's a lot of in Washington. There's fear of our minorities, fear of our majorities and fear that our myriad police forces won't keep the fears from coming true.

Or will help them to. Ever since the Soviets tested their first atom bomb, we have feared that our city would be turned into a charred crater at any moment. There's also fear of committee chairmen, judges, lawyers and some peevish beta-male assistant at the White House who decides to turn your life into hell because he can; fear of some young man who will decide to shoot you in the back even after he has your wallet because you disrespected him by running away; fear of ending up in the Superior Court holding cells which smell so rank that lawyers splash themselves with cologne before they talk to their clients ; fear of spending the rest of your life eating lunch in government cafeterias where the steam-table Swiss steak and Brussels sprouts etch themselves into your skin like an olfactory tattoo.

Anyway, things don't smell like much now, and fear is treated with prescriptions for anti-anxiety pills.

Authenticity wanes and imitation waxes. We have a new and satanic form of imitation we might call Disneyfication, in which things don't imitate other things, they imitate themselves. In other words, the Washington Monument doesn't imitate an Egyptian obelisk, it imitates itself, as if it had been transported to a theme park as "the Washington Monument. Washington is particularly susceptible to this, because so many people have ideas, notions and memory-snapshots of what "Washington" is, as opposed to our own pleasant, easy, authentic, real Washington. And sometime in the last decade or two, the Capitol dome at night, beneath its spotlights, began to look too perfect to me, as if it were made of plastic, like a full-scale model of itself, which is what Georgetown has looked like, too, ever since the rich people drove all the poor people out of it with that modern American relish for economic segregation.

The great halls of governance around the Mall now have the look of memorials to nothing more than themselves, as if there should be quotation marks around them. It looks a little dead. Couldn't we have saved just one fireworks store or cafeteria? So much to fear.

At the same time, Los Angeles traffic jams and New York manners crowd us, hurry us, frustrate us, but still, Washington remains a pleasant place to live -- adamantly pleasant, as if pleasantness were a founding principle of the city, like beauty in Paris or money in Las Vegas. It's a city of huge lawns and roomy sidewalks and hallways that provoke an impulse to stroll. We are not intimidated by skyscrapers because we don't have any. The huge trees, the fields of the Mall and the deer-thick forests of Rock Creek Park reassure us that we can live here and still partake of the virtues of the pioneers and Jefferson's yeoman farmers.

How pleasant. Please, God, says the Washington prayer, don't let the voters figure out what a good thing they've given us. Don't let us get caught. In other words, the modesty that some attribute to Washington is in fact slyness.

No matter how much money we have, we choose to exhibit suburban taste, not big-city style. Big jewelry and big fur are not necessary or appropriate here. Lawyers have clothes tailor-made to look just like clothes that are off the rack.


We walk slowly enough that if you're from up North you think we're small-towners, and we walk quickly enough that if you're from down South you think we're efficient. Jack Kennedy spoke the truth when he said that Washington is. At the same time, didn't Duke Ellington derive at least part of his fabulous grace, precision ease and genius of contradictions from Washington, his native city? Some Americans don't care about Washington at all.

To them, Washington isn't a city as much as a mailing address or a dateline or an abstract principle of power or scandal or foolishness. It isn't even a capital as much as the mother board of the American bureaucratic computer, suitable for class visits by high school students.

One suspects that citizens of New York or Chicago would be insulted if somebody in Pocatello talked about their cities as if they were irrelevant or almost invisible. Yet the true Washingtonian, hearing this dismissal in the speech of taxpayers, rejoices. Yes, we've fooled them again.

They don't believe we really exist, so they won't stop sending us money. It's just crazy enough to make political sense. Reality has always kept a careful distance here, from the quaintness of notions of importance to the alleys full of shantytown ghosts, the single sculls on the Potomac at dawn, pulsing along with their acute aloofness. But the old unreality depended on our secret knowledge of how transitory it was. The new unreality depends on the insistence of permanence.

Stop it! Why bother?

Except to say that Washington does greet undeniable reality with exhilaration, even a reality as life-snarling as a blizzard. On a hot night once at the Carter Barron Amphitheater, I was sufficiently impressed with the reality at hand that I took a note on it: "The spotlights hissing through the humidity, smoky tubes of light, and beyond them the little smears of fireflies -- it all seems heroic and exhausted, as if the city were under siege and you could hear the artillery in the distance, which you can, sometimes, when the thunderstorms gather over Virginia and Maryland. And when. Hail the size of chickpeas!

Golf balls! Canned hams! You feel almost grateful for loony Lafayette Square demonstrators and the sullen weariness of neighborhoods so dangerous that whiskey and lottery tickets have to be sold through bulletproof plastic. The sirens reduce the melody of Washington to the lowest common denominator of stolen cars and heart attacks. The transvestite prostitutes are sad comedy, and the streets called the Riot Corridor 30 years ago are still reminders of the frailty of cultures, black and white, in the face of the sins of rage and covetousness.

And we sift through our private snapshots, incomprehensible to some outsiders -- the smell of air gliding out of underground parking lots on a summer night, the sound of two companies of Marine rifle butts coming to rest in a crash so perfect it is almost a single crack, the clatter of young heels running down the stairs of the Washington Monument, the private certainties and public fears, the temporary feeling that can become a lovely joke.

Sometimes, at in the morning, Massachusetts Avenue can be so empty of cars you worry that the moving men are about to arrive and remove the buildings, too. 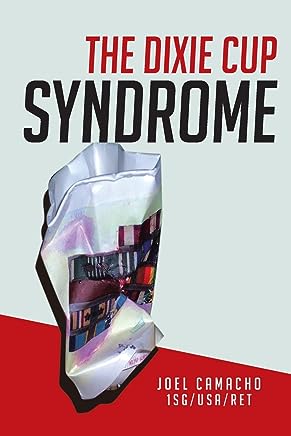 Then it's morning. Smell the trees! Look at that airliner rising under a morning moon!